Redundancy is achieved through a combination of hardware and/or soft- ware with the goal of ensuring continuous operation even after a failure. Should the primary component fail for any reason, the secondary systems are already online and take over seamlessly.

Examples of redundancy are multiple power and cooling modules within a server, a RAID-enabled disk system, or a secondary network switch running in standby mode to take over if the primary network switch fails.

High availability (HA) is the concept of maximizing system uptime to achieve as close to 100% availability as possible. HA is often measured by how much time the system is online versus unscheduled outages—usually shown as a percentage of uptime over a period of time. Goals for cloud providers and customers consuming cloud services are often in the range of 99.95% uptime per year. The SLA will determine what the cloud provider is guaranteeing and what outages, such as routine maintenance, fall out- side of the uptime calculation.

If you expect 99.99% uptime, this means four minutes of maximum outage per month. Many VMs, OSs, and applications will take longer than this just to boot up so HA configurations are necessary to achieve higher uptime requirements.

You can achieve the highest possible availability through various networking, application, and redundant server techniques, such as the following: 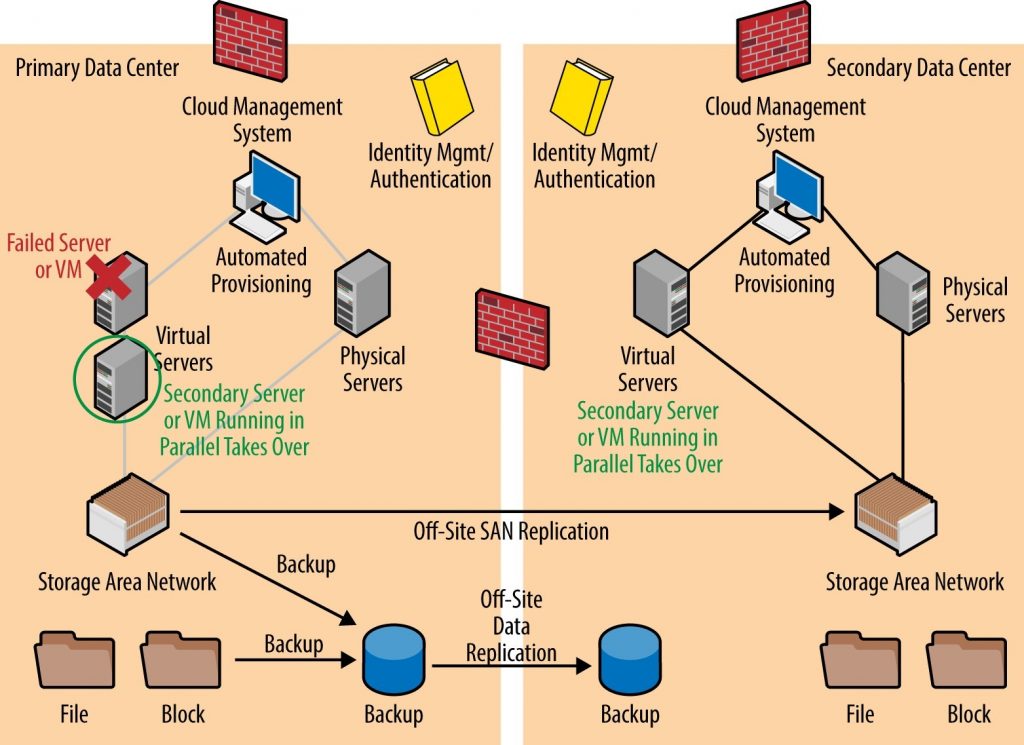 Figure  Example of HA: a failover

Similar to continuity of operations, disaster recovery (DR) is both a technology issue and a logistics challenge. Usually clients will have two or more datacenters so that you can failover between the primary and secondary in the event of a disaster. If your cloud system design is more advanced, you might have three or more datacenters, all peers of one another, with none of them acting as the “prime” center. If an outage occurs at one, the others immediately take over the customer load without a hiccup (essentially, load balancing between datacenters).

A DR plan is similar to a CoO plan, but with one important addition. As a result of your CoO plan and technologies, you can continue to service your customers or internal end users. A DR plan also includes how to rebuild the datacenter, server farms, storage, network, or any portion that was damaged by the disaster event. In the case of a total datacenter loss, the DR plan might contain strategies to build a new datacenter in another location, or lease space from an existing datacenter and purchase all new equipment. The recovery, in this worst-case scenario, might take several months to resume normal operations. 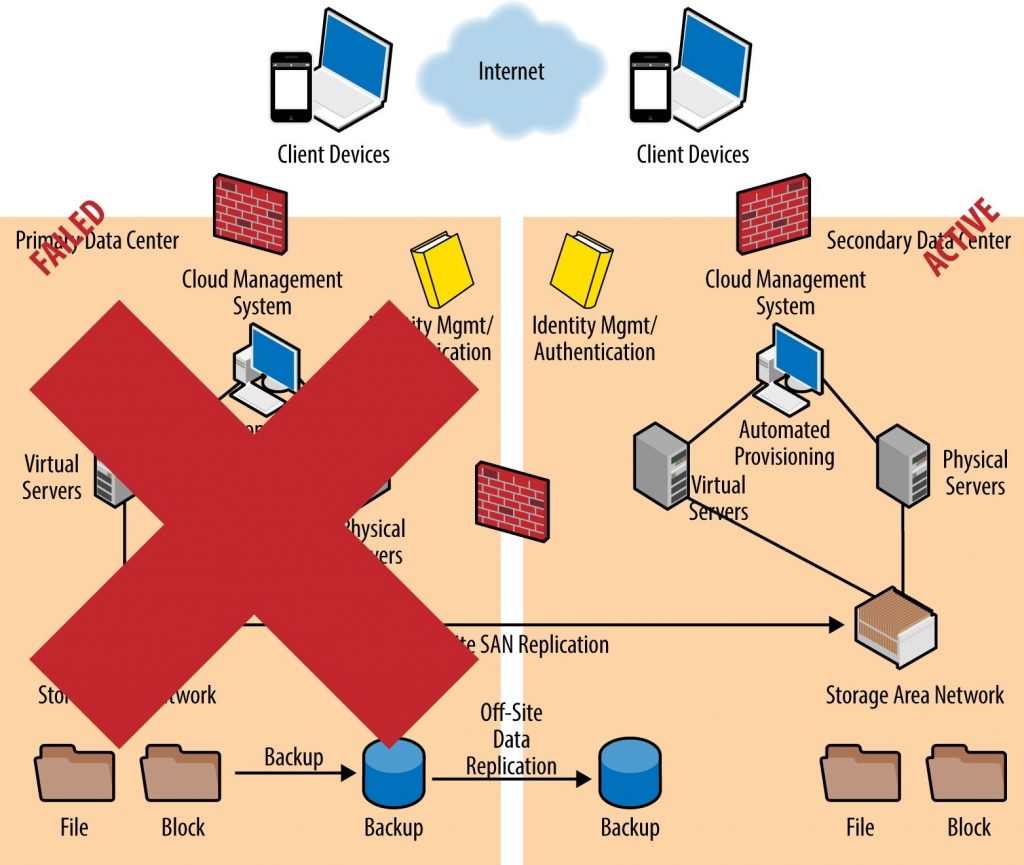