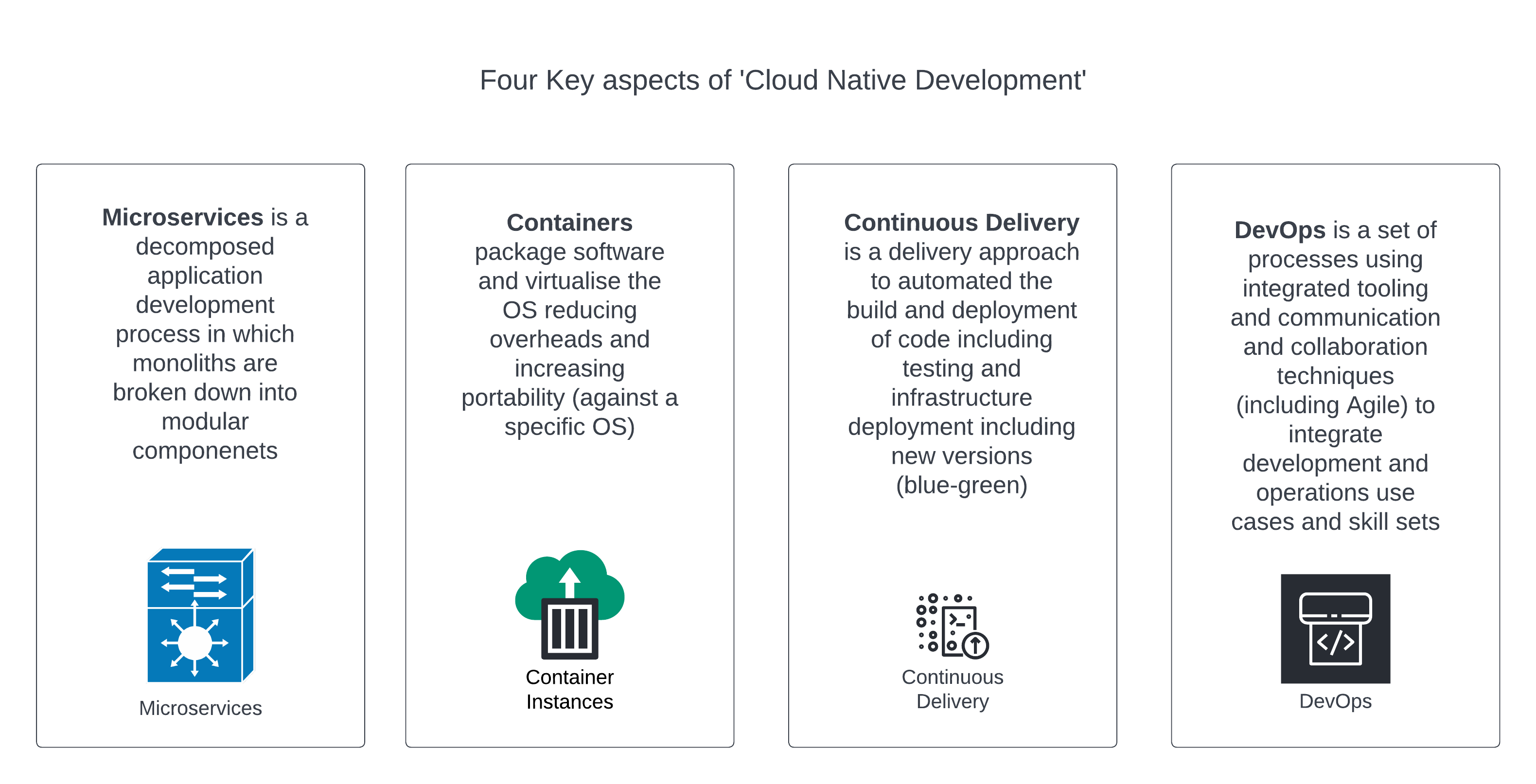 Cloud native is a target model for most firms.  Cloud native refers to using the native services and API integrations, along with the platform’s native PaaS offerings (SDKs, databases, code build and deployment, IaC, CI-CD), to build an application and related infrastructure which takes advantage of cloud native attributes including HA, scalability, reliability and integrated testing and monitoring.

The better your cloud-native development process, the more efficient and reliable your application is likely to be.

Rather difficult in reality, even if you are using Terraform or IaC that is supposedly cloud agnostic.  To achieve this cloud-native benefit of portability, avoid services that are tied to a specific vendor. Ensure that the app doesn’t depend on a specific vendor’s service or feature in its environment to operate. Likewise, steer clear of PaaS products that let developers build and deploy an app only to a particular cloud or type of host environment.

For example, if you choose to run a cloud-native app using Kubernetes container orchestration, design it so that it can run in any Kubernetes environment. Don’t limit yourself to a specific vendor’s Kubernetes distribution.

Developers have many options when it comes to the design of a cloud-native application. For instance, Microsoft’s list includes no fewer than 39 distinct patterns. The most popular cloud design patterns include:

Many design patterns can be used concurrently; they are not mutually exclusive. The design pattern or patterns you use should reflect the app’s use goals and company priorities.

If security is a top priority, a gatekeeper design pattern could work; it reduces the exposure of the application to the internet. For another use case, CQRS is beneficial for apps that require high data availability. Because the CQRS pattern allows only specific parts of an application to modify data, it reduces the risk of accidental data overwrites or corruption caused by a buggy application.

There are many good reasons to use serverless computing to deploy cloud-native apps.

Even so, serverless has clear drawbacks.

Cloud-native developers should research when to — and when not to — design applications as serverless functions. Serverless makes sense if factors like ease of deployment and scalability are priorities. It doesn’t make sense if you prioritize portability. It also might not be a fit for applications written in less common languages.

4-Bake in security from the start

Security cannot be an afterthought when developing cloud-native applications.

Developers should also plan to maximize the security of application data. This includes data stored inside the application as well as data housed externally, such as in an object storage service. Implement data encryption and access control features across all storage locations.