It is not a simple matter for enterprises now using a huge ERP system, with enormous investments attached to it, to migrate these operations to a Cloud model, be it, hybrid or private. Scalability, reliability, availability, and server load management are some of the real world issues, that companies run into during such migrations.

A major clothing & accessories retailer, with several hundred stores across Europe decided to move their MS SQL cluster (Windows Server 2008 R2 Enterprise edition) and terminal server for Dynamics AX 2009 service, to the cloud. This customer was required to take into consideration the chain store’s rapid and sustainable development and its annual growth comprising 100 new stores. The company decided to migrate to a hybrid Cloud system to simplify its IT operations, centralize functionality, and streamline maintenance. Flexibility and the elasticity of adding resources as the firm continues to grow were also prime reasons to migrate to a hybrid Cloud, along with the necessity of minimizing capital expenditure and not go too deep into becoming an IT hosting firm. Its business is retail not IT.

A brief discussion of such a migration reveals that there are certain aspects to take into account while developing and implementing a migration plan: 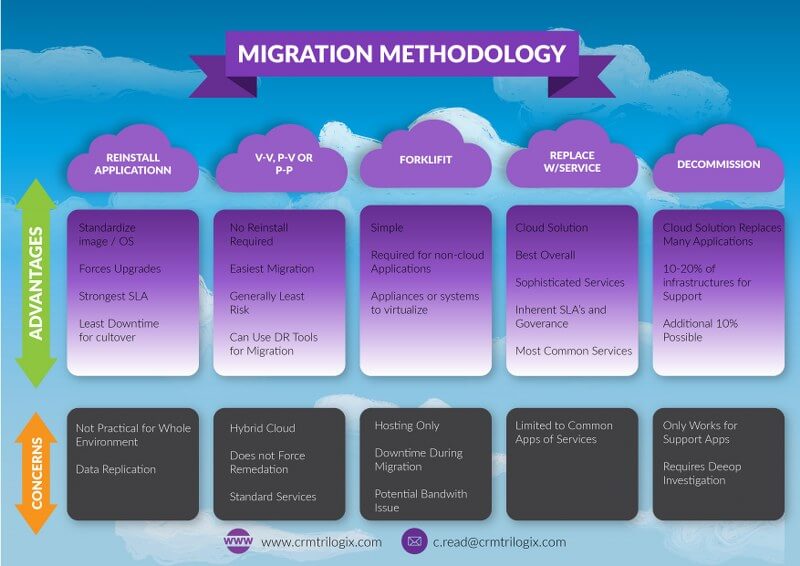 As is quite normal, the required server volume turns out to have been underestimated despite the contracted vendor’s pretty thorough approach to carrying out a preliminary sizing assessment. Another issue which manifested itself, was that the MySQL server’s’ disk subsystem overloaded, which led to an increased latency, especially regarding time-consuming operations. The third problem encountered was the all too typical cluster malfunction in response to higher disk load, causing the active nodes to switch, making the system unavailable for users.

The following solutions were applied during the first stage of fixing the above-mentioned problems:

However, the customer’s initial requirements concerning a growing business customization and the increased number of business operations due to expansion, revealed another problem, namely extra overload. A second stage of troubleshooting was conducted in order to fix this issue:

After more iterations and troubleshooting, the Cloud is considered capable to handle the business operations load; and is fault tested for tolerance, reliability and availability. As with any migration, there are always issues moving large systems to the Cloud, and many of them are deep within the IT stack and centered in storage, and processing. This is why ERP to Cloud migrations must follow a detailed methodology and be realistic both in time and in budget.